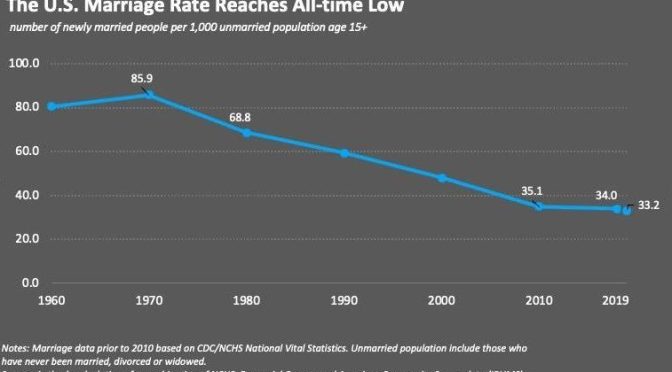 A friend of mine was asking me last night whether I had any regrets about never marrying, especially since I had such awesome Christian female friends like her. I thought about it, and I thought that maybe it is better to not have married, especially when I read stories about how family courts trample over the rights of men to favor women, regardless of what the law says.

The story is from one of Canada’s national newspapers, the National Post:

A wealthy businessman will have to pay more than $50,000 a month in spousal support for 10 years to a woman with whom he had a long-term romantic relationship even though they kept separate homes and had no children together, Ontario’s top court has ruled.

Under Ontario law, an unmarried couple are considered common-law spouses if they have cohabited — lived together in a conjugal relationship — continuously for at least three years. But that doesn’t necessarily mean living in the same home, the court found.

[…]When their 14-year relationship finally broke down in May 2015, Climans asked the courts to recognize her as Latner’s spouse and order him to pay her support. He argued she had been a travel companion and girlfriend, nothing more. As such, he said, they were never legally spouses and he owed no support. An eight-day trial ensued.

In her decision in February 2019, Superior Court Justice Sharon Shore sided with Climans. She ruled they were in fact long-time spouses, finding that despite their separate home, they lived under one roof at Latner’s cottage for part of the summer, and during winter vacations in Florida. Shore ordered him to pay her $53,077 monthly indefinitely.

They never married – this woman was not even his ex-wife.

Elsewhere in the article, we learn that he had asked her to sign a pre-nuptial agreement many times, and each time she refused. (Those are not even enforced fairly by the way) She wanted his money, and the judge made sure she got it. Because the law doesn’t matter in a family court. Men are just walking ATMs and women have a right to take men’s money, if it makes the woman happy. Literally just walking ATMs.

So, what I wanted to point out about this is the fact that a female judge decided to bend the law in order to favor a woman. And this sort of thing happens A LOT in Canada – where their female judges are notorious for progressive judicial activism, e.g. Beverley Mclachlin, Bertha Wilson, Claire L’Heureux-Dubé, etc. Ontario family courts are notoriously anti-male, and men know this.

But it’s not just Ontario. I have two Christian friends who married their Christian wives as virgins, and then their wives divorced them. I heard what happened to them in divorce court. Again, female lawyers and female judges disregarded the law in order to punish the man and favor the woman. And I think most men growing up today have a father or a brother or an uncle or someone who has been a victim of this.

When I talk to women about this, they all say things like this to me: “oh, you worry too much” or “you read too many books about divorce” or especially “when you meet the right girl, you’ll fall in love, and all this concern about atheistic feminist judges in the courts won’t stop you”. That last one is the most popular. And it’s always made me think that if this is how women see commitment – feelings-based – it’s no wonder that women initiate 70% of divorces.

I always thought it was a curse that I grew up poor and could not afford to show off my wealth in order to attract attention from women. Now I see that God actually gave me a great blessing. In order for a man to get married, it takes a lot more than finding the right girl. He needs to live in the right culture – a culture that tries to equip women to be content in committed relationships and treat men fairly.

I don’t think even women who claim to be pro-male and/or pro-marriage know or care how stories like this affect men. I’m very wealthy. I certainly do look at what is likely to happen if a woman goes to the courts expecting me to give her money. In fact, whenever I post stories on my wall about how the judges legislate from the bench to transfer money from men to women, there’s just silence or sometimes deflection by attacking men (except for my friend Dina who agrees with me). No one dares to speak up for men, it’s just expected that we be robbed by the government in order to make women happy. Because “marriage is for women”.

And as long as the message keeps being sent by judicial activists in the family courts, men will keep adjusting how they treat women. Women appear very unsafe to us, and nothing that’s going on in the courts is changing the trend towards avoidance. Men are very good at calculating risks vs rewards.