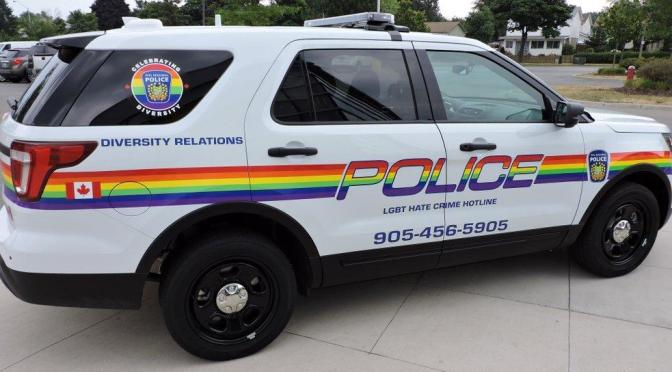 The important thing to understand about Canada’s laws is that they are NEVER applied fairly. The laws are almost always used to punish Christians and conservatives. So, Christian pastors are punished for having “illegal” house churches during COVID, but Muslims or LGBTs can meet or march. The newest bill criminalizes speech that makes people feel “pain and suffering”.

The bill’s summary includes a proposed legal definition of “hatred” to be included in Canada’s Criminal Code.

[…]The bill’s text does not specify if or how non-verbal messages such as images or videos would be regulated to control “hate.”

Under a section titled “Fear of hate propaganda offence of hate crime,” Bill C-36 would allow provincial court judges to impose restrictions on those accused by an “informant” of a likely future commission of an offence “on reasonable grounds.” In other words, a judge would be able to issue restrictions against accused parties if the judge believes the accused is likely to commit an offense related to “hate.”

[…]If a complaint against an accused person is “substantiated,” the defendant may be ordered to pay up to $70,000 in penalties divided into two components. The first component would be a payment of “compensation” of up to $20,000 (CAD) “for any pain and suffering that the victim experienced” as a function of “hate propaganda” or “hate speech.” The second component is a fine, up to $50,000 (CAD), paid to the federal government.

Failure to comply with the “recognizance” could result in imprisonment of up to 12 months.

CP24 reported that Bill C-36 would “amend the Canadian Human Rights Act to reinstate an amended version of a controversial section [Section 13] that was repealed in 2013 amid widespread criticism that it violated freedom of speech rights.”

So now you have complaints about speech as a basis for fining people or putting them IN JAIL. Would you like to pay taxes to police, lawyers, judges, politicians, social workers, teachers, etc. in order for them to do this to you? Remember, Canada already jails parents who disagree with the LGBT agenda. And they throw Christian pastors into jail for holding church services.

Here is a Canadian pastor being arrested in front of his wife and children: 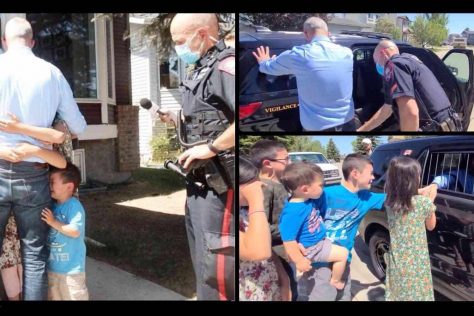 I don’t think it’s a good idea for anyone to travel to Canada, as the country is not safe. You might go there and merely express your opinion that marriage is for one man and one woman, or that children under 12 should not be given puberty blockers, and find yourself arrested and imprisoned if someone takes offense. You might do this in a private setting, to someone who agrees with you, but it sounds like they are taking complaints now from anyone who might overhear you. Why take chances? Look at them as a fascist country that opposes human rights like free speech, and don’t travel there. You wouldn’t vacation in North Korea. Why go to Canada?