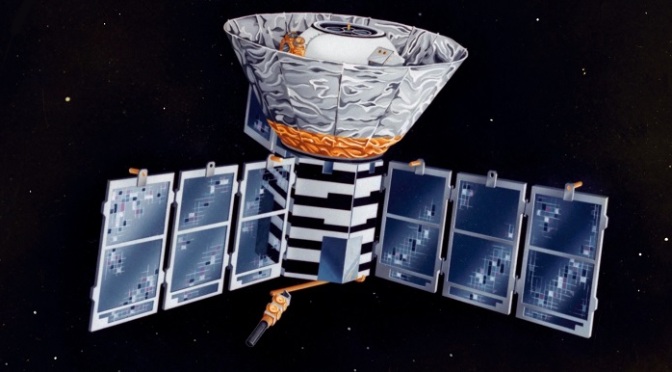 Prior to certain scientific discoveries, most people thought that the universe had always been here, and no need to ask who or what may have caused it. But today, that’s all changed. Today, the standard model of the origin of the universe is that all the matter and energy in the universe came into being in an event scientists call “The Big Bang”. At the creation event, space and time themselves began to exist, and there is no material reality that preceded them.

So a couple of quotes to show that.

An initial cosmological singularity… forms a past temporal extremity to the universe. We cannot continue physical reasoning, or even the concept of spacetime, through such an extremity… On this view the big bang represents the creation event; the creation not only of all the matter and energy in the universe, but also of spacetime itself.

[A]lmost everyone now believes that the universe, and time itself, had a beginning at the big bang.

So, there are several scientific discoveries that led scientists to accept the creation event, and one of the most interesting and famous is the discovery of the cosmic microwave background radiation.

Here’s the history of how that discovery happened, from the American Physical Society web site:

Bell Labs radio astronomers Arno Penzias and Robert Wilson were using a large horn antenna in 1964 and 1965 to map signals from the Milky Way, when they serendipitously discovered the CMB. As written in the citation, “This unexpected discovery, offering strong evidence that the universe began with the Big Bang, ushered in experimental cosmology.” Penzias and Wilson shared the Nobel Prize in Physics in 1978 in honor of their findings.

The CMB is “noise” leftover from the creation of the Universe. The microwave radiation is only 3 degrees above Absolute Zero or -270 degrees C,1 and is uniformly perceptible from all directions. Its presence demonstrates that that our universe began in an extremely hot and violent explosion, called the Big Bang, 13.7 billion years ago.

In 1960, Bell Labs built a 20-foot horn-shaped antenna in Holmdel, NJ to be used with an early satellite system called Echo. The intention was to collect and amplify radio signals to send them across long distances, but within a few years, another satellite was launched and Echo became obsolete.2

With the antenna no longer tied to commercial applications, it was now free for research. Penzias and Wilson jumped at the chance to use it to analyze radio signals from the spaces between galaxies.3 But when they began to employ it, they encountered a persistent “noise” of microwaves that came from every direction. If they were to conduct experiments with the antenna, they would have to find a way to remove the static.

Penzias and Wilson tested everything they could think of to rule out the source of the radiation racket. They knew it wasn’t radiation from the Milky Way or extraterrestrial radio sources. They pointed the antenna towards New York City to rule out “urban interference”, and did analysis to dismiss possible military testing from their list.4

Then they found droppings of pigeons nesting in the antenna. They cleaned out the mess and tried removing the birds and discouraging them from roosting, but they kept flying back. “To get rid of them, we finally found the most humane thing was to get a shot gun…and at very close range [we] just killed them instantly. It’s not something I’m happy about, but that seemed like the only way out of our dilemma,” said Penzias.5 “And so the pigeons left with a smaller bang, but the noise remained, coming from every direction.”6

At the same time, the two astronomers learned that Princeton University physicist Robert Dicke had predicted that if the Big Bang had occurred, there would be low level radiation found throughout the universe. Dicke was about to design an experiment to test this hypothesis when he was contacted by Penzias. Upon hearing of Penzias’ and Wilson’s discovery, Dicke turned to his laboratory colleagues and said “well boys, we’ve been scooped.”7

Although both groups published their results in Astrophysical Journal Letters, only Penzias and Wilson received the Nobel Prize for the discovery of the CMB.

The horn antenna was designated a National Historic Landmark in 1990. Its significance in fostering a new appreciation for the field of cosmology and a better understanding of our origins can be summed up by the following: “Scientists have labeled the discovery [of the CMB] the greatest scientific discovery of the 20th century.”8

It’s the greatest scientific discovery of the 20th century.

In the New York Times, Arno Penzias commented on his discovery – the greatest discovery of the 20th century – so:

The best data we have [concerning the Big Bang] are exactly what I would have predicted, had I nothing to go on but the five books of Moses, the Psalms, the bible as a whole.

Just one problem with the greatest scientific discovery of the 20th century: atheists don’t accept it. Why not?

Here’s a statement from the Secular Humanist Manifesto, which explains what atheists believe about the universe:

Religious humanists regard the universe as self-existing and not created.

For a couple of examples of how atheistic scientists respond to the evidence for a cosmic beginning, you can check out this post, where we get responses from cosmologist Lawrence Krauss, and physical chemist Peter Atkins.

You cannot have the creation of the universe be true AND a self-existing, eternal universe ALSO be true. Someone has to be wrong. Either the science is wrong, or the atheist manifesto is wrong. I know where I stand.