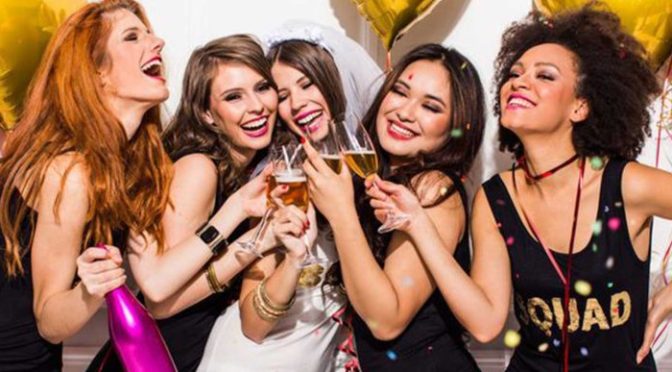 If there’s one area where I feel comfortable leading a woman, it’s education, career and finances. I wasn’t born in the USA, so it was quite a struggle to know how to navigate education, career and finances. But I did it, and I learned how to do it. And I like to share what I learned with Christian women, so that they don’t end up with a useless degree and a bunch of student loan debt.

Here’s a story about a woman I didn’t advise, reported by the far-left Business Insider:

Maria had a goal to teach at a university full-time. Today, she “absolutely” regrets pursuing that goal.

While Maria’s undergraduate education, which she completed in 2001, was funded through scholarships and Pell grants, she knew more advanced degrees would give her a leg up in university teaching — especially as a woman in the industry. So she pursued a master’s degree and a PhD, the latter of which took seven years to complete.

[…]As a full-time human resources representative and part-time adjunct professor in Michigan, Maria now makes a five-figure salary while supporting her 15-year-old daughter on her own, with very minimal child support from the father.

[…]Of her total student-debt load, more than $70,000 is interest that accumulated while her student-loan payments were on hold, during which she cashed out her 401k and lived on unemployment benefits.

I don’t recommend doing a degree in non-STEM fields, they don’t pay. I don’t recommend spending 7 years with no income for a PhD. But notice how society gives her free money to subsdize these poor decisions. She got free scholarships, Pell grants, child support, unemployment benefits. The article doesn’t mention if she got alimony, too. And she filed for bankruptcy… screwing her creditors out of what she owed them. Who knows what other social programs and tax benefits she got? While other women do STEM degrees, work in the private sector, marry and stay married, she’s been doing life on easy mode, passing off the costs of her poor decisions to the people around her. I don’t want women to make decisions that impose costs on their neighbors.

And now, she wants to get a bailout from taxpayers:

The Education Department recently announced reforms to PSLF, which included going back over denied applications and payments to the program. So there’s a chance that Maria may earn a quicker route to loan forgiveness. But with her current financial outlook, she’s not confident she can complete the program and wants President Joe Biden to do more to help millions of borrowers with debt burdens.

The article notes that teachers and other public sector “workers” can default on their loans and pass the costs along to taxpayers:

Maria does not work enough hours to qualify for the Public Service Loan Forgiveness (PSLF) program, which forgives student debt for public servants, like teachers, after ten years of qualifying payments.

Just understand that if society pays women to make poor decisions with their education, careers and finances, then more women will do it. That raises the costs on the men that pay taxes for this, reducing their ability to get married and conceive children. If men are paying for this woman’s mistakes, they can’t pay for their own marriage and parenting plans.

I’m thankful to Nancy Pearcey for bringing my attention to this other article from the far-left Business Insider:

This is despite the fact that about 60% of college students are women. Why are we focusing on subsidizing the group that’s already doing well?

By the way, the author of the first Business Insider article, is a recent journalism graduate (expensive university) living in expensive Washington, D.C.. She advocates for bailouts through her journalism. She probably has massive student loan debt, too. It seems like choosing easy non-STEM majors, going into debt, then hoping for a bailout from socialism is quite common.

Women hold nearly two-thirds of the outstanding student debt in the U.S., according to the American Association of University Women. And, they have a harder time paying off their debt compared to men. Prior to the student loan forbearance period, 70% of men made at least their required minimum monthly loan payments, while only half (54%) of women said the same, a recent survey by D.A. Davidson found.

Young women today don’t like to have to “settle” for a lower cost college in a city with a lower cost of living. Like the Business Insider reporter, they want the Sex in the City lifestyle. So they go live in an expensive city, and run up debt doing useless degrees at an expensive university. And sometimes overseas! As you can see from the chart below, women avoid hard STEM degrees. But those programs are hard for a reason – they pay more money.

What I wanted to do here is report to you what happens when I try to coach young women about their decisions in education, career and finances. And keep in mind, I’m doing this from a position of starting out in a foreign country, earning a BS and MS in computer science, graduating debt-free and working 22 years full-time. I had a $1.3 million net worth by age 45 (including the new construction home I bought for cash). So I have achievements here.

I run into the student loan debt problem while dating Christian women for marriage. Christian women seem to be even less likely to do hard degrees than women on average. You see a lot of art, music, English, journalism, etc. degrees there. I show them that student loans are a risk factor for divorce, and they also set back the plan to stop paying rent and start having children. I also show them which majors pay the most.

Here’s what I usually get in response:

I’m not going to run a marriage that way. I have goals.

So, my point is that we have a real problem with figuring out how to get women to make better decisions about education, career and finance. I want to help them. I really do. Because we are $30 trillion in debt now, and we simply don’t have enough money to keep bailing out people for student loans. And the problem will only get worse, as the younger generation of losers keeps making poor decisions and demanding that someone else pay for their mistakes.

Men don’t marry women who are bad with money. Money is one of the biggest causes of divorce, and divorce is a financial disaster for men because of anti-male divorce courts.

The number of men who can afford marriage and children is declining because they have to bail out all these reckless, irresponsible young women through their taxes. We need to fix this problem.