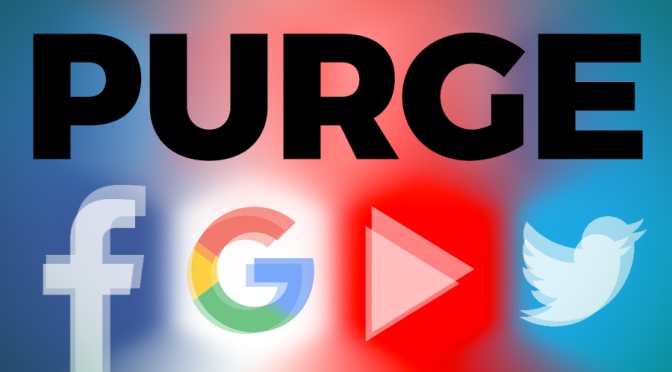 I’ve just about had it with Facebook’s “fact checkers”. In most cases, these are just card carrying Democrats with worthless degrees in grievance studies. They have limited real world experience. Their only credentials are promoting the Democrat party by censoring news and opinions that make the Democrats look bad. Even peer-reviewed medical journals are censored!

Here’s the story from The Federalist:

The editors of a peer-reviewed medical journal penned a scathing letter demanding that Facebook reevaluate its bogus third-party “fact-checking” processes after the journal was censored for publishing information about COVID-19 vaccine trials.

According to the editors, one of the well-researched articles BMJ published on “a host of poor clinical trial research practices occurring at Ventavia,” one of the companies facilitating trials for Pfizer’s version of the COVID-19 vaccine, was suppressed by Facebook and censored with labels that directed readers to a “fact check” by the obscure website Lead Stories, which routinely issues fake fact-checks.

“Those trying to post the article were informed by Facebook that people who repeatedly share ‘false information’ might have their posts moved lower in Facebook’s News Feed. Group administrators where the article was shared received messages from Facebook informing them that such posts were ‘partly false,’” Godlee and Abbasi wrote.

The editors said that this “fact check,” which Facebook used to justify threats against users who shared the BMJ article, however, was “inaccurate, incompetent and irresponsible.”

[…]Godlee and Abbasi concluded their letter by demanding that Facebook, if it continues its censorship campaign against so-called “misinformation,” choose wiser and more competent organizations for fact-checking such as Cochrane, which reviews medical evidence on a regular basis.

This isn’t the only time that Facebook “fact checkers” have twisted the truth to protect the Democrat party. The most recent example was with the Rittenhouse trial.

Consider how Facebook, in particular, treated the circumstances surrounding Kyle Rittenhouse, the teen acquitted last week of all charges in the self-defense killings of two men and the shooting of another during last summer’s riots in Kenosha, Wis. Immediately after the incident occurred, and despite video evidence which made a self-defense charge instantly plausible, Facebook declared it a “mass murder” and under that justification blocked searches for Rittenhouse’s name and any content in “praise or support” for him on the site — including links to contribute to his legal defense and videos purporting to show Rittenhouse providing aid to protesters.

In other words, Facebook determined that the only speech allowed on its platform was to declare Rittenhouse’s guilt, not his innocence. Perhaps prompted by Facebook’s actions or merely in spite of them, PayPal cut off affiliation with fundraising efforts for Rittenhouse, and so did GoFundMe.

What were the facts in the Rittenhouse case? The jury heard all the facts, and they acquitted Rittenhouse. No “mass murder” there, just self-defense.

Previously, I wrote articles about Facebook’s bias against the Republican party.