I’m going to be pulling an all-nighter tonight (Sunday) to finish some coding, so this post is short. I just wanted to make sure that everyone was aware of what Dr. Fauci’s National Institutes of Health funded. I’ll be linking to 2 articles, both from far-left sources. So there should be no trouble from the far-left fact-checkers who would love to continue to suppress the truth about these stories.

“I totally resent the lie you are now propagating.”

Dr. Anthony Fauci appeared to be channeling the frustration of millions of Americans when he spoke those words during an invective-laden, made-for-Twitter Senate hearing on July 20. You didn’t have to be a Democrat to be fed up with all the xenophobic finger-pointing and outright disinformation, coming mainly from the right, up to and including the claim that COVID-19 was a bioweapon cooked up in a lab.

On Wednesday, the NIH sent a letter to members of the House Committee on Energy and Commerce that acknowledged two facts. One was that EcoHealth Alliance, a New York City–based nonprofit that partners with far-flung laboratories to research and prevent the outbreak of emerging diseases, did indeed enhance a bat coronavirus to become potentially more infectious to humans, which the NIH letter described as an “unexpected result” of the research it funded that was carried out in partnership with the Wuhan Institute of Virology. The second was that EcoHealth Alliance violated the terms of its grant conditions stipulating that it had to report if its research increased the viral growth of a pathogen by tenfold.

[…][T]he NIH letter—coming after months of congressional demands for more information—seemed to underscore that America’s premier science institute has been less than forthcoming about risky research it has funded and failed to properly monitor. Instead of helping to lead a search for COVID-19’s origins, with the pandemic now firmly in its 19th month, the NIH has circled the wagons, defending its grant system and scientific judgment against a rising tide of questions.

[…][A]nother disclosure last month made clear that EcoHealth Alliance, in partnership with the Wuhan Institute of Virology, was aiming to do the kind of research that could accidentally have led to the pandemic.

Previously, I read about how the fact-checkers employed by Big Tech social media companies are partially funded by Chinese interests. So, it’s not surprising that these Big Tech fact-checkers would have wanted to suppress the truth about this story. 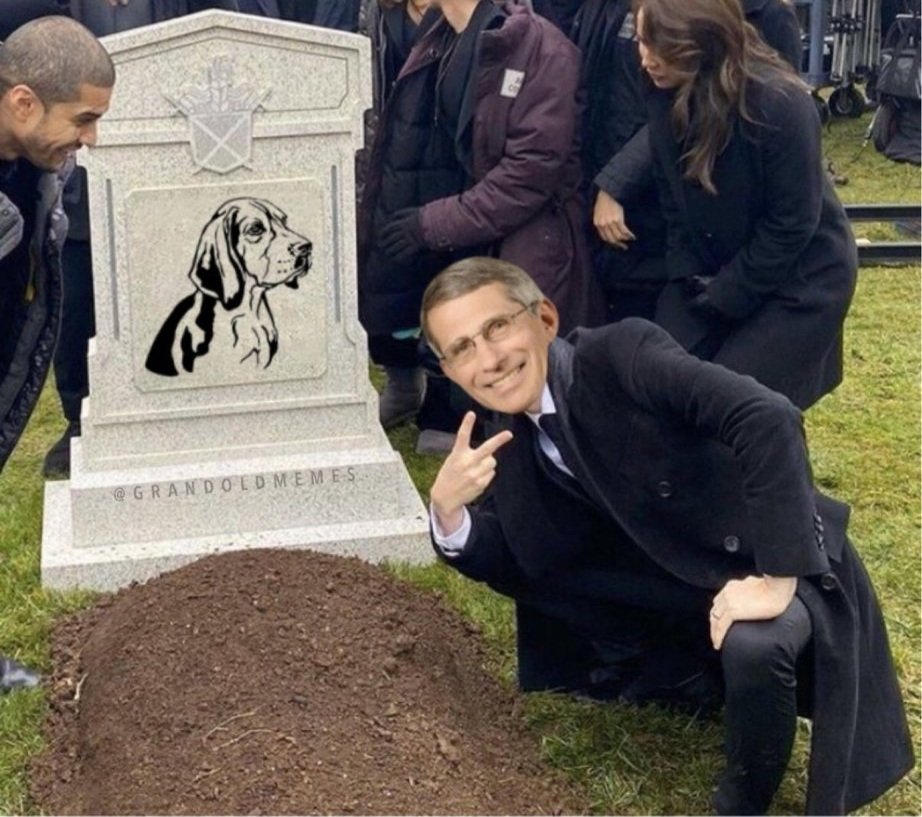 The second article is from the far-left The Hill.

The White Coat Waste Project, the nonprofit organization that first pointed out that U.S. taxpayers were being used to fund the controversial Wuhan Institute of Virology, have now turned its sights on Anthony Fauci on another animal-testing-related matter — infecting dozens of beagles with disease-causing parasites to test an experimental drug on them.

House members, most of whom are Republicans, want Fauci to explain himself in response to allegations brought on by the White Coat Waste Project that involve drugging puppies.

According to the White Coat Waste Project, the Food and Drug Administration does not require drugs to be tested on dogs, so the group is asking why the need for such testing.

White Coat Waste claims that 44 beagle puppies were used in a Tunisia, North Africa, laboratory, and some of the dogs had their vocal cords removed, allegedly so scientists could work without incessant barking.

Leading the effort is Rep. Nancy Mace (R-S.C.), writing a letter to the National Institutes of Health (NIH) saying the cordectomies are “cruel” and a “reprehensible misuse of taxpayer funds.”

“Our investigators show that Fauci’s NIH division shipped part of a $375,800 grant to a lab in Tunisia to drug beagles and lock their heads in mesh cages filled with hungry sand flies so that the insects could eat them alive,” White Coat Waste told Changing America. “They also locked beagles alone in cages in the desert overnight for nine consecutive nights to use them as bait to attract infectious sand flies.”

The secular left came out in droves to vote for the Biden-Harris ticket. “The return to civility” – that’s what they called it. This is the return to civility that they voted for. We never had anything like this in the Trump-Pence administration. These people truly are the ideological descendants of Stalin and Mao.

And remember, the NIH has no money of its own. It sells no products or services in the private sector. All of these research grants were funded by you, the taxpayer.