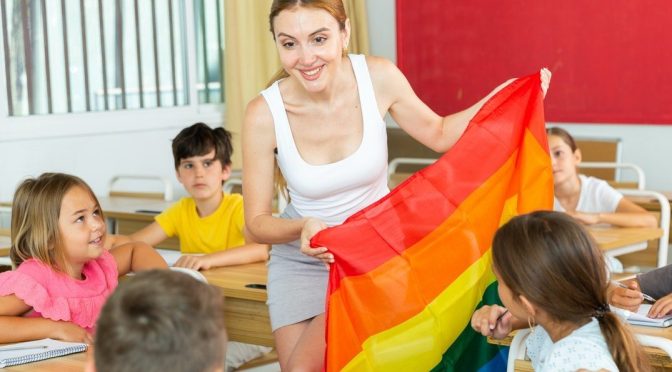 There’s an update on the Virginia public schools, school board, and attorney who were involved with the student being raped. I feel the case is helpful, because it shows parents what sort of accountability can expect if they entrust their children to public schools. And remember: all the bad actors in this post are taxpayer-funded. The parents are paying them to do what they’re doing.

Here’s the story from The Federalist:

A special grand jury in Loudoun County, Virginia, found that a legal representative for the locality’s school board allegedly engaged in witness tampering during an investigation into the board and school administrators’ handling of a purported sexual assault of a female student at the hands of a “gender fluid” boy in a high school bathroom last year.

In a report released Wednesday, the grand jury revealed that the division counsel for the Loudoun County School Board (LCSB) was “obstructionist” throughout the “witness testimony” portion of the investigation, often cutting off the board members he represented whenever “he felt certain information was about to be revealed.”

It’s not just the school board, it’s the schools themselves:

Loudoun Superintendent Scott Ziegler lied to the public at a school board meeting in June 2021 when he claimed that he had no knowledge of any sexual assaults occurring in school bathrooms, despite an email from the day of the assault showing otherwise.

A special education teaching assistant, for instance, walked into the bathroom while the May 28, 2021, assault was occurring but failed to report it to school administrators, even after noticing two pairs of feet in one of the stalls.

[…]Despite school officials’ knowledge of the assault not long after it occurred, the assailant remained “at large in the school for over three hours,” according to the report.

I checked a few articles, and the special education teacher. I wonder if she is one of these “don’t judge” feminists that I am always reading about. She certainly wasn’t willing to protect the student.

Loudoun County schools and school boards go after parents who object to their children being raped.

The Daily Caller had previously reported this, in 2021:

The commonwealth attorney for Loudoun County, Virginia, tried to jail a father who was charged with two misdemeanors after he uncovered that his daughter was sexually assaulted, despite campaigning to end “mass incarceration” in the area.

Commonwealth Attorney Buta Biberaj appeared in court to prosecute Scott Smith — the man whose daughter was sexually assaulted in a Loudoun County public high school bathroom — for misdemeanors. A spokeswoman for the Smith family told the Daily Caller that Biberaj attempted to lock Smith up for the misdemeanors of disorderly conduct and resisting arrest.

[…]After facing charges of assault at one high school in Loudoun County Public Schools (LCPS), the teen was moved to a different high school under the supervision of Biberaj. Biberaj has since defended her decision stating that the teen “had no history of having done this prior to this offense that was alleged,” according to Fox 5.

This person’s salary is taxpayer-funded:

Biberaj has ties to far-left organizations. Per the Daily Caller’s reporting, Biberaj was elected to her position with a cash infusion from a George Soros-funded PAC. She is also a signatory member of the Virginia Progressive Prosecutors for Justice. The organization’s members pledge not to enforce any laws that they dub “anti-abortion.”

The commonwealth attorney is a friend of several of the Loudoun County school district’s board members, including Superintendent Scott Ziegler. She also remains a member of a Facebook group that compiled a list of parents they suspect of disagreeing with the district’s “anti-racist” curriculum.

Good men do not want to co-parent with the government

Do you ever wonder why marriage-minded men are declining to get married and have children these days? Maybe they have heard stories about the “compassionate” public schools, school boards, and courts? Maybe they understand that they do not want to co-parent with the government? I can tell you right now that good men DO NOT GET MARRIED if they believe that they will be persecuted by  the “compassionate” “don’t judge” government workers.

One thought on “How do schools and school boards handle rapes committed by transgender students?”