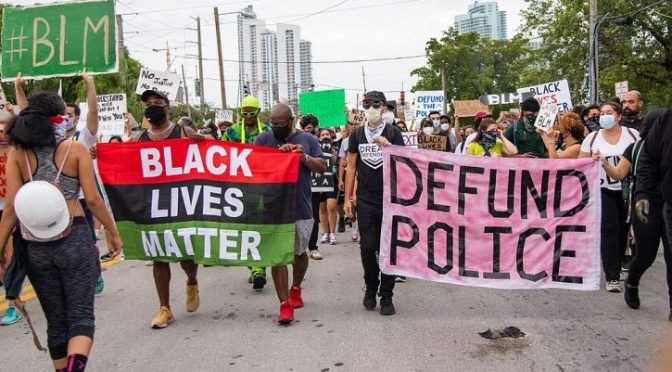 This story is interesting because the alleged gunman Quintez Brown previously expressed his desire to defund the police, and ban guns for law-abiding people. I guess he wanted all the guns for himself, so he could shoot at Jewish men. And then he wanted the police to not arrest him for it.

Here’s the story from Breitbart:

Breitbart News reported that 21-year-old Brown allegedly entered Louisville mayoral candidate Craig Greenberg’s campaign headquarters Monday and fired multiple rounds from a 9mm handgun. Greenberg was not hit by any of the bullets but his clothing was grazed.

WDRB noted that Brown “has been active with Black Lives Matter Louisville and the University of Louisville’s Youth Violence Prevention Research Center.”

[…]A video tweeted by Andy Ngo shows Brown at a 2018 March for Our Lives rally, telling MSNBC’s Joy Reid that Senator Mitch McConnell (R-KY) was going to be voted out of office if he refused to support gun control.

The shooter was “honored” by Obama:

Like most BLM activists, the shooter also wants to defund the police. All the better for he and his BLM buddies to escape the consequences of breaking the law.

Here are the details from Breitbart:

Brown was arrested on Monday less than half a mile from Greenberg’s office at 10:25 a.m., according to the Louisville Metro Police Department’s citation.

Ten minutes before, police said they were called to the 1200 block of Story Avenue, where Greenberg’s campaign office is located, over “reports of an active aggressor.”

Greenberg told media on Monday that he was at his office that morning, in a meeting with four of his staffers, when a man with a gun walked in, aimed directly at him and opened fire. Greenberg said a member of his staff was able to slam the door shut. Staff then barricaded the doorway. Greenberg and his staff present in the office were uninjured, but Greenberg said a bullet hit his sweater and shirt.

When police arrested Brown, they say they found a drawstring bag with a 9mm handgun, a handgun case and 9mm magazines, in addition to a loaded magazine in his pants pocket.

[…]Brown is charged with attempted murder and four charges of wanton endangerment in the first degree.

And he’s been bailed out by Black Lives Matter, thanks to their generous donors:

Since the victim was a Democrat politician, the mainstream news media was united in wanting to blame Republicans for the crime.

Here’s an example from the far-left Las Vegas Sun:

The alleged shooter, a 21-year-old political activist, was arrested near the scene and later charged with attempted murder along with four counts of wanton endangerment.

While there’s been no indication yet that the activist had ties to any right-wing organizations, the shooting comes amid a rise in threats against politicians fueled by increasingly violent rhetoric coming from extremist Republicans.

That’s what the mainstream news media said about a literal BLM activist. That’s why I recommend that you get your news from places like The Federalist, Breitbart and Daily Signal. If you’re relying on the secular left to tell you the truth, you’ll be waiting a long time.