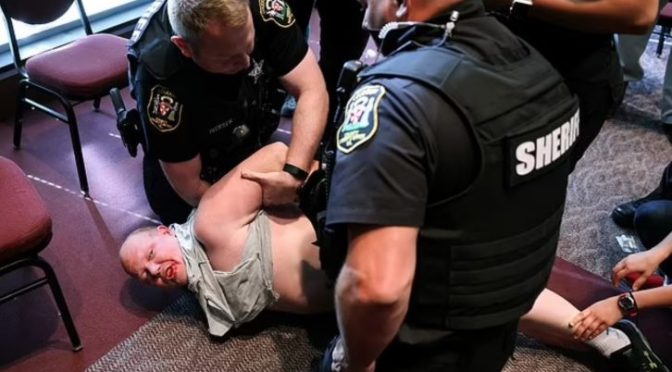 If I had to name two policies that would help minorities the most, I would say that health savings accounts and school choice would be my choices. Let’s talk about the second one in this post. The Republican governor of Oklahoma, Kevin Stitt, has announced a piece of school choice legislation that made me howl in delight! But it will make unionized public school teachers cry.

Eligible students can receive approximately $3,600 in an educational savings account to pay for books, tuition, transportation and other educational expenses, according to Walters. Students with special needs or extenuating circumstances may be eligible for increased funding.

[…]“Just 15% of Oklahoma high school graduates are ready for college in English, math, reading, and science,” Stitt plans to tell Oklahoma legislators. “Less than one out of five. We can do better than 47th in the nation when it comes to our kids.”

The Republican governor claims that the educational savings account program will “make sure that money follows the student” and will make Oklahoma “a national leader in school choice.”

The bill intends to ensure “that parents, legal guardians and others with legal authority over children in [Oklahoma] be able to seek educational services that meet the needs of their individual children.”

How big is this bill? HUGE:

Corey DeAngelis, the Director of Research at the American Federation for Children, told the Daily Caller that the Oklahoma bill will be “even more expansive” than West Virginia’s, which saw the “biggest school choice victory in 2021.”

Even giving parents a little money back will allow them to put pressure on the public school teachers and administrators. Right now, we have a situation where the public school teachers and administrators are being paid regardless of how they perform. And they call the FBI on parents who demand better, labeling them “domestic terrorists“. They don’t want anyone to interfere with their real priorities: indoctrinating children in secular leftism, with no accountability.

Oklahoma isn’t the only state getting serious about reforming education. Tennessee is bringing in the very conservative Hillsdale college to reinvent their charter school system.

Lee announced the partnership during his state of the state address on Monday evening in front of a special joint session of the state Legislature. Hillsdale College is a liberal arts college in southern Michigan known for its refusal to accept federal funds. The college has launched an initiative to revitalize “public education through the launch and support of classical K-12 charter schools.”

Lee and Hillsdale College President Larry Arnn are working together to build a system of charter schools in Tennessee.

“Two years ago, I traveled to Hillsdale College to participate in a Presidents Day celebration and spend time with champions of American exceptionalism,” Lee said. “For decades, Hillsdale College has been the standard bearer in quality curriculum and the responsibility of preserving American liberty.”

“I believe their efforts are a good fit for Tennessee, and we are formalizing a partnership with Hillsdale to expand their approach to civics education and K-12 education,” he added.

The governor announced a host of education initiatives, including an overhaul of a roughly 30-year-old system of funding for school districts, shifting it from a school-focused system to a student-focused system.

“A formula that prioritizes the needs of students above all else, and that pays particular attention to students with disabilities, rural students, low income-students, and students with other priority needs,” Lee said. “If we do this correctly, we can create a funding formula that demands accountability and rewards districts for performance, but most importantly funds students and not bureaucracies.”

Education is a winning issue for Republicans. Governors of red states are the best people to implement these measures. It provide evidence to others that we know how to get results, so they can imitate us and defeat the secular left in every state. We want the other states to be like red states.

I wanted to say a word about the people who block education reform: the leaders of the teacher unions. Teacher unions donate overwhelmingly to Democrats, and Democrats oblige them by block any legislation that allows parents to put the needs of their children first.

This is from Open Secrets, which tracks political contributions:

SIXTY-SIX MILLION DOLLARS, and the vast majority going to Democrats, (the rest went to independents and blue state progressive Republicans). That’s why children don’t learn in school. The people in charge of the schools make sure they never get fixed.