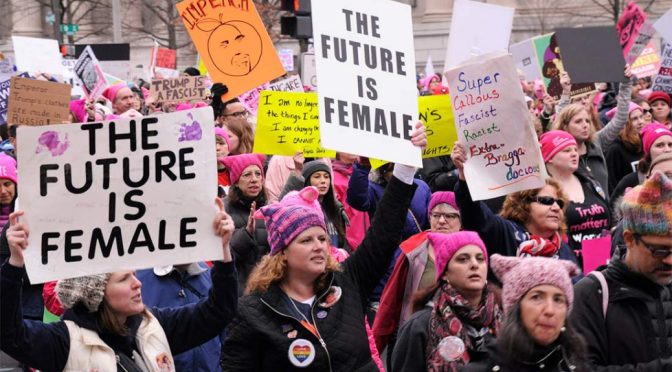 I’ve always been suspicious of women who make a living through their physical beauty. I see a few problems with modeling as a career. First, you don’t have to produce anything useful that requires understanding the real world, like a programmer or a nurse. Second, you focus a lot on your appearance, and that’s not healthy, since it all fades out by age 35 anyway. Women who get a lot of attention for free typically don’t know how to treat men, either. They don’t learn because they don’t have to learn.

With that in mind, here’s an article by an aging 38-year-old model that illustrates the problem:

Earlier this month I opened the door to a bouquet of flowers.

They were from yet another man who wants to date me. He’s 35, tall, dark and handsome.

[…]And this week, as the gifts roll in from admirers for Valentine’s Day — I have already received two…

So, the first thing to point out about this is that it confirms what I was saying about pretty women. Look at the way she talks about how all these men are paying attention to her. Like it or not, her worldview is going to be conditioned by this attention she’s getting from men. She isn’t having to write code to get attention. Or set a fracture. Or do anything. She just gets it because she was born with good looks. And she doesn’t see that it is her job to 1) prepare her character for attracting a man who wants to commit, or 2) choose men who are interested in commitment. Her job is just to be pretty, and then tell everyone how much attention she’s getting from men. Men who will not commit to her. She is mistaking the attention for intent to marry. But men who pay attention to dumb, pretty women don’t intend to marry them. They just want to pump and dump them.

But she doesn’t see her failure to prepare herself for commitment and to prefer commitment-minded men as her problem. On the contrary – her singleness at 38 is the fault of men being worthless:

And I hate to break it to any other single women in their late thirties, but all the decent men in our age bracket have been taken.

[…]While I work out every day, these men look a decade older.

Beer bellies, bad manners, little respect for single women and minimal hygiene — I’ve seen it all on the apps.

Over the past four years I’ve been on almost 500 dates trying to find Mr Right.

And while I have become something of an expert on dating apps — last year I got a congratulations from Tinder for getting 25,000 likes for my profile — unfortunately, I am still looking for The One.

My theory is all the good men were snapped up when they were young. All that’s left is the dregs.

Now, she doesn’t think that she is the dregs for being 38 and being completely unsuited to marriage. She thinks that men are the dregs – because they don’t have an attractive height and appearance. That’s what she’s looking for – and that’s the only thing she’s looking for. She’s had relationships with men, but they just LIVED WITH HER. They never committed, because she wasn’t looking for a man who would commit, she was looking for a man with appearance, height, fitness and hygiene. Someone who looked as good as her.

Doubt me? Read her own words – this is what she values in a man:

During my 500 dates, the only guy I have seriously dated was my age and had the best hair and teeth in the world.

He even had a “proper” job and took me out for fancy dinners. Alas, he wasn’t ready to settle down — or something like that.

Apart from that, there was the guy who looked like Superman on his dating profile but turned up with a long white Santa beard. His body had gone to pot and he was wearing unwashed clothes.

Then there was the wealthy consultant who took me to his club where cocktails were thirty quid a pop. He was generous but knew the value of nothing. Plus, he continually scoffed salt and vinegar nuts on our date — the odour was revolting.

[…]Then there are the beer bellies. If a man has one, I know we’ll have nothing in common as I’m active…

And so on. Everything is about appearance. She’s looking for exactly what she is herself: a pretty face. That’s what she knows, understands and values. And she has no idea that the willingness to commit is not related to external appearances. The important thing for her is the man’s appearance. And that’s why she has 5 billion dates and no commitment. Only a certain kind of man commits. It’s going to be related to his personal character – religion, morality, etc. – more than it’s related to what she can see with her eyes.

In order for a man to stick with a woman through childbirth and aging, he’s going to have to have some reason to value her beyond youth and beauty. And not every man has such reasons. That’s why it’s the woman’s job to do two things. 1) to develop the kinds of character traits that are likely to attract a commitment-minded man, like fitness, femininity, vulnerability, trust, kindness, etc. and 2) to evaluate men and separate the ones who have a worldview that values women for more than youth and beauty.

In the case of Christian men, we are looking for women who have self-control, sobriety, chastity, fidelity, etc. And we are especially attracted to women who take God’s goals as their own, and work independently to promote the things that God thinks are valuable. Women who can defend God’s existence and reputation are highly regarded. Women who put others above their own selfish desires, especially children and animals. Women who are content at home with a non-fiction book. Women who don’t seem to waste money on entertainment, fun and thrills. The woman has to have what commitment-ready men want, and she has to know which men are ready for commitment. SHE CAN’T READ THAT WITH HER EYES OR WITH HER FEELINGS. She’s going to have to ask questions and investigate what he demonstrates about his character with his actions and accomplishments.