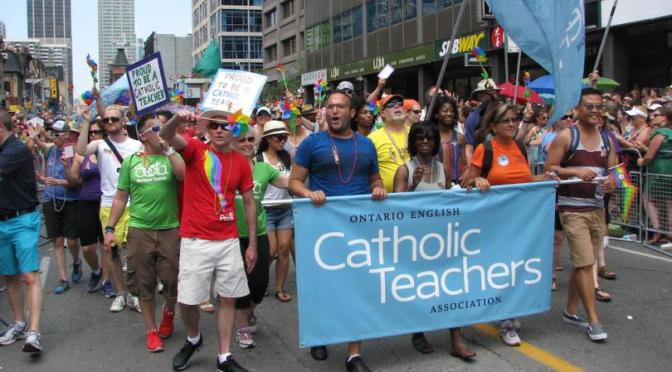 I keep reading news stories about parents who are shocked to discover that their children have not been taught anything useful  in the classroom for finding a job and becoming independent. It turns out that teachers don’t expect their students to learn anything, and just want to indoctrinate them in progressive dogma. Students just get passed to the next grade without having learned anything.

Here are some interesting news stories that show why Christian parents should be cautious.

First one is from Daily Wire, about how teachers sue parents who try to find out what they are teaching kids in the classroom:

The Goldwater Institute’s In Defense of Liberty blog explained:

In April, Nicole emailed the principal of her school in the South Kingstown School District asking for the kindergarten curriculum—and whether it would include teaching children politically charged materials, including those influenced by Critical Race Theory and gender theory, holding them out to be true. She immediately faced stonewalling from the school, and even a threat of legal action for asking too many questions. Ultimately, Nicole received a bill for $74,000 to fulfill a public records request filed by the Goldwater Institute on her behalf in July.

The largest teachers’ union in the country has filed a lawsuit against a Rhode Island mom to block her numerous requests for public records regarding her school district and Critical Race Theory, prompting her to fire back, “I just got served with a lawsuit from the teacher union NEARI. Throwing down the gauntlet, are we? Game on.”

Nicole Salas, who started her odyssey in challenging the school district back in April, continued by writing, “Today the teacher union NEA filed ANOTHER lawsuit against me —this time a Temporary Restraining Order and Preliminary Injunction. Will teacher unions bullying moms be an everyday thing now?”

Multiple lawsuits – and she pays their salaries with her taxes. Can you imagine a private sector company like Amazon treating customers like that? But a public sector monopoly does it all the time.

Second one is from Daily Wire:

An Atlanta couple — who wishes to remain anonymous for fear of retribution — obtained a copy of their child’s incoming teacher’s Amazon classroom wish list. The parents were startled by several of the books, many of which reference sexual orientation, transgenderism, and progressive ideology.

[…]The family opted to reach out to Morningside Elementary School principal Audrey Sofianos in hopes of switching their child to a classroom that would not present progressive topics to five-year-olds.

[Morningside Elementary School principal Audrey] Sofianos said that if the Catholic parents wish to uphold their traditional values, switching classrooms will not quell their fears as the district promotes this agenda in every classroom.

Third one is from Fox News:

A Minnesota fourth grade student and her mother expressed concern to their local school board after her class was given an “equity survey” and students were told not to tell her parents about the activity.

Sitting alongside her mother Kelsey, fourth grader Hayley Yasgar told “Fox & Friends” on Monday that the questions were confusing and it made her “very nervous and uncomfortable” when the students were told not to tell their parents.

[…]Kelsey Yasgar said that although parents were “informed that the equity audit was taking place, they were not informed on the date of the activity and not given other details.” She explained further that due to the lack of transparency from the school district and from Equity Alliance Minnesota, the third party that administered the survey, parents were not informed of the questions being asked to the students.

How do far-left groups like Equity Alliance Minnesota get access to the classroom, while students cannot even read a Bible in study hall without getting expelled? The schools are just providing a captive audience of impressionable young people to these far-left groups. And parents are paying them to do it with their mandatory taxes.

Keep an eye on what your kids are learning, and pull them out if you find even a hint of secular-left dogma.