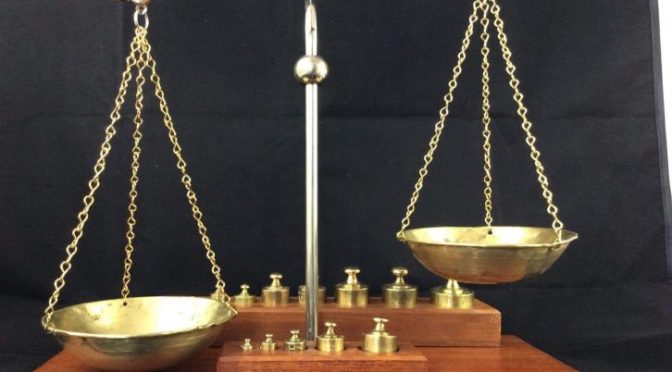 A while back I finished reading “God’s Crime Scene”, the new book by J. Warner Wallace. I wanted to post something about some studies he mentioned in Chapter 6, on free will. This is one of the places where he found evidence in a surprising area.

Wallace says that free will makes more sense if theism is true, because we have non-material souls that interact with our bodies, but are not causally determined by them. On atheism, only matter exists, and you can’t get free will (or consciousness) from matter. So atheists like Sam Harris and Alex Rosenberg, for example, deny free will, because they are materialists and atheists.

In 2008, researchers from the University of Minnesota and the University of British Columbia conducted experiments highlighting the relationship between a belief in determinism and immoral behavior. They found students who were exposed to deterministic literature prior to taking a test were more likely to cheat on the test than students who were not exposed to literature advocating determinism. The researchers concluded those who deny free will are more inclined to believe their efforts to act morally are futile and are, therefore, less likely to do so.

In addition, a study conducted by researchers from Florida State University and the University of Kentucky found participants who were exposed to deterministic literature were more likely to act aggressively and less likely to be helpful toward others.” Even determinist Michael Gazzaniga conceded: “It seems that not only do we believe we control our actions, but it is good for everyone to believe it.”” The existence of free will is a common characteristic of our experience, and when we deny we have this sort of free agency, there are detrimental consequences.

I decided to look up these studies.

Does moral behavior draw on a belief in free will? Two experiments examined whether inducing participants to believe that human behavior is predetermined would encourage cheating. In Experiment 1, participants read either text that encouraged a belief in determinism (i.e., that portrayed behavior as the consequence of environmental and genetic factors) or neutral text. Exposure to the deterministic message increased cheating on a task in which participants could passively allow a flawed computer program to reveal answers to mathematical problems that they had been instructed to solve themselves. Moreover, increased cheating behavior was mediated by decreased belief in free will. In Experiment 2, participants who read deterministic statements cheated by overpaying themselves for performance on a cognitive task; participants who read statements endorsing free will did not. These findings suggest that the debate over free will has societal, as well as scientific and theoretical, implications.

So what to make of this?

If you’re an atheist, then you are a physical object. And like every other physical object in the universe, your behavior is determined by genetic programming (if you’re alive) and external inputs. Material objects do not have the ability to make free choices, including moral choices.

And that’s what neurobiology is telling us: Our brains are simply meat computers that, like real computers, are programmed by our genes and experiences to convert an array of inputs into a predetermined output. Recent experiments involving brain scans show that when a subject “decides” to push a button on the left or right side of a computer, the choice can be predicted by brain activity at least seven seconds before the subject is consciously aware of having made it. (These studies use crude imaging techniques based on blood flow, and I suspect that future understanding of the brain will allow us to predict many of our decisions far earlier than seven seconds in advance.) “Decisions” made like that aren’t conscious ones. And if our choices are unconscious, with some determined well before the moment we think we’ve made them, then we don’t have free will in any meaningful sense.

Atheist William Provine says atheists have no free will, no moral accountability and no moral significance:

Let me summarize my views on what modern evolutionary biology tells us loud and clear — and these are basically Darwin’s views. There are no gods, no purposes, and no goal-directed forces of any kind. There is no life after death. When I die, I am absolutely certain that I am going to be dead. That’s the end of me. There is no ultimate foundation for ethics, no ultimate meaning in life, and no free will for humans, either.

If you don’t have free will, then you can’t make moral choices, and you can’t be held morally responsible. No free will means no morality. Can you imagine trying to get into any sort of enterprise with someone who has this view of moral choices? A marriage, or a business arrangement, etc? It would be crazy to expect them to behave morally, when they don’t even think that moral choices is possible. It just excuses all sorts of bad behavior, because no one is responsible for choosing to do the right thing.

Believers in materialism are going to struggle with prescriptive morality, including self-sacrificial care and concern for others. Their worldview undermines the rationality of the moral point of view. You might find atheists acting morally for their own purposes, but their worldview doesn’t rationally ground it. This is a big problem for people who can see objective morality woven into the universe – and themselves – because they have the awareness of objective right and wrong.

Choosing to do the right thing

I think what atheists like to say is “I can be moral, too”. That’s not interesting. What is interesting is whether it is rational for you to be moral when doing the right thing sets you back. When I look at the adultery of Dawkins, the polyamory of Carrier, the divorces of Shermer and Atkins, etc. I am not seeing anything that really wows me about their ability to do the right thing when it was hard for them to do it. They all deny free will of course, and think that trying to resist temptation is a waste of time.

Wallace explains how the awareness of free will and moral choices caused him to turn away from atheism, in this blog post.

As an atheist, I chose to cling to naturalism, in spite of the fact that I lived each day as though I was capable of using my mind to make moral choices based on more than my own opinion. In addition, I sought meaning and purpose beyond my own hedonistic preferences, as though meaning was to be discovered, rather than created. I called myself a naturalist while embracing three characteristics of reality that simply cannot be explained by naturalism. As a Christian, I’m now able to acknowledge the “grounding” for these features of reality. My philosophical worldview is consistent with my practical experience of the world.

5 thoughts on “Study: belief in free will linked to ability to behave morally and to help others”