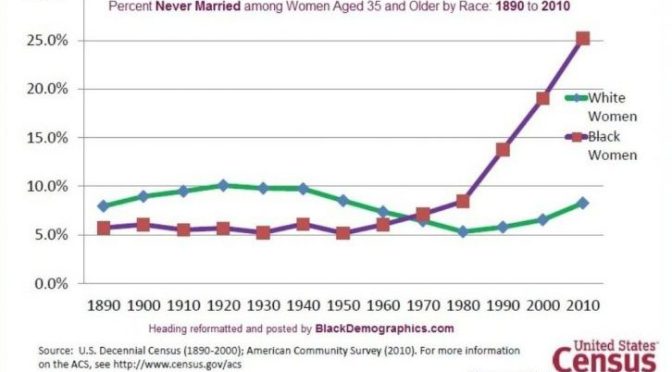 I don’t like Calvinist theologian James White very much, but at least he’s willing to defend the moral teachings of the Bible against the woke identity politics that is taking over Christian churches. A few months ago he tweeted something very controversial (see above), and got into a lot of hot water with fake Christians. In this post, I’ll explain why he is right.

So, as you can see above, James is concerned that black women are having so many abortions, and he thinks that the solution to this is to encourage black women to take the Bible’s advice on sexual morality. Shocking, I know.

If you read the replies to his tweet on Twitter, you’ll see millions and millions of comments calling him a racist, and telling him that slavery is to blame for EVERYTHING that black women do wrong. Basically, the James haters say that black women can do anything they want, and should never be told that it’s wrong according to the Bible, because their bad choices are all the fault of slavery. So the Bible doesn’t even apply to them, or something.

Here is an example from a radical feminist progressive named Karen Swallow Prior:

According to the fake Christians, it’s not that black women make poor choices with sex, it’s that the ghosts of white slavers who raped their great-great-great grandmothers reach through time with magic and force them to have sex with hunky bad boys who won’t commit to them before sex. It’s not rap music calling black women hoes! It’s the ghosts of slavery past. And even if this ghost theory isn’t true, we shouldn’t tell black women not to sin, because… it would hurt their feelings. After all, the Bible isn’t a book that’s designed to set boundaries to prevent self-destructive behaviors. It encourages us to listen to our hearts, be reckless, and sin as much as we can.

So when did black community problems with sex and abortion start? Did it start with slavery times? Actually, blacks were doing GREAT at marriage and sexual matters just 50 years ago.

This reply to James White explained:

As the header graphic shows, black women were just as likely to be married as white women in the 1960s,  FAR AFTER the days of slavery.

The reason that the graph is going upward is because daughters raised in fatherless homes tend to engage in sexual activity at younger ages, because they are seeking approval from a man which their (single) mother cannot give them. It’s a tragic downwards spiral, and it affects all races. The only way to stop it is to tell women to choose marriage-minded men (not hot bad boys) and marry before having sex, like the Bible says. But woke fake Christians think the Bible is too mean, and better to allow sin by saying that sin is inevitable because slavery ghosts or something.

What’s neat is that black men who take Christianity seriously are totally on board with the facts:

On this blog, I don’t talk about my ethnicity myself, for confidentiality reasons, but I have said that my skin is darker than Barack Obama. I’m not white or Asian. And the reason that I don’t fall into this trap of causing babies to be born out of wedlock is because I think that when the Bible says that sex outside of marriage is a sin, that this is true. I don’t make excuses or shift blame. It’s incumbent on me to obey, since I claim to be a follower of Jesus.I’m not interested in identity politics. I’m not interested in racial divisions. I’m not interested in blame-shifting. The rules are the rules. And my following of the rules caused me to not cause abortions, according to Christian specifications. Period.

When it comes to sex outside of marriage, the answer of every Bible believing Christian is simple: I’m against it. That is the correct answer, and anything more or less than this answer is demonic. If you are a Christian, sex outside of marriage is always morally wrong. And if you try to justify it, or blame someone else, in order to excuse it, then you’re not a Christian at all. If you try to make excuses for why someone did it, you’re not a Christian. Whether you have had it and been forgiven, or never had it, the answer is always the same: it’s morally wrong. Don’t do it. Never do it.

What I am seeing from people who are critical of James White’s tweet is that they are basically trying to attack those who make moral judgments based on what the Bible says. They want to make room for sinners to sin. The root of abortion sin is sexual sin. Real  Christians discourage sexual sin, and therefore protect unborn children. Fake Christians want to be liked by appearing compassionate, so they make excuses for sexual sin. If you take the Bible seriously on morality, you won’t be liked. Those who try to excuse sin do so because their need to be liked is more important than their need to promote what the Bible teaches.

18 thoughts on “Does the “legacy of slavery” explain black women’s 72% out-of-wedlock birth rate?”