Here’s the latest reason why public schools are failing parents and children, reported by the New York Post:

[Brian] Davison is a ginger-haired 48-year-old who earned two degrees from MIT, then spent much of his career as a Navy officer. By profession, he is a nerd who specializes in “operations research,” finding ways to make organizations function more efficiently. After he had two kids, he figured he could volunteer his number-crunching skills to help their schools.

He’s not a monster. To teachers, he’s something more threatening: a mathematician.

What did Davison do that was so terrible? He wanted to track which schools were producing higher performance for each individual child:

[School performance] could be measured with the same test data that the schools already had: You just needed to look at growth trajectory instead of plain scores. Compare each child’s state exam score from last year to his score from this year. Had he moved ahead especially quickly, merely kept pace, or started to fall behind?

The schools actually have the data he wanted, but only the teachers were allowed to see it – not parents of the students:

Using this “student growth percentile” (SGP) statistic to illuminate the performance of schools and teachers made so much sense that it was unsurprising when in 2009, the Obama administration began requiring it of school districts as a condition for receiving their share of nearly $54 billion in stimulus funding, the best-known component of which was called Race to the Top.

In the ensuing years, Virginia repeatedly received the money after submitting applications attesting that “prior to submitting this request, [schools] provided [to teachers] student growth data.”

So, he asked the schools for the performance data for each child, in order to calculate which schools were helping children improve, year over year. But they would not give him the data. Instead, they tried to call the police.

Loudoun County Public Schools told him it did not have them. In fact, no one in the school system had ever looked at them.

He requested the data from other school districts in the state, which told him essentially the same thing. Educators were so opposed to looking at these numbers that they were willing to systematically lie, apparently ignore the law, and jeopardize vast sums of federal funding. They were doing it for the same reason the information was so important: It revealed which teachers were good and which were not.

[…] In October 2014, Davison sued the Virginia Department of Education to force it to release the growth data, offsetting costs by giving himself a crash course in law and doing some of his own legal work. And he became, as one school board member called him, “Enemy #1.”

And how do teachers treat their enemies? Why, by labeling them “domestic terrorists”, and calling the police and FBI on them. Because if you disagree with a teacher, then they feel bad. And if they feel bad, then you need to be arrested and put in jail.

After Davison raised questions at a school board meeting, board member Debra Rose, a former congressional staffer for the House Judiciary Committee, requested that a sheriff’s deputy remove him. The officer did not.

In March 2015, Rose’s husband summoned police to their home, where “Ms. Rose advised that Mr. Davison has not made any specific threats directed towards her, but he has made her feel extremely uncomfortable.” The police took no action.

In May, her husband called police again to tell them that Davison “is posting links on [an internet] forum to [Ms. Rose’s] campaign website which displays herself and her family members including her children.” The officer responded, according to his police report, that “this may not be a crime because this certain post is a link to his wife’s campaign website.”

Rose called Davison’s elderly father to try to shame him. She emailed his employer five times.

Those teachers are all unionized. Do you think that makes them more or less likely to care about their students? Well, what kind of person is content to go through life as a member of a union? People join unions so that the union will stick up for them when they perform poorly. People who want to escape accountability for poor performance join unions. That’s why cars produced by unionized labor are inferior to cars produced by non-unionized labor. People who might be fired have to perform. People who serve customers in a free, competitive market have to earn the trust of their consumers.

If you think that what Debra Rose did was bad, then look at what the school’s principal, Tracy Stephens, did:

After Davison tried to raise testing issues at a PTA meeting in September 2015, the school’s principal, Tracy Stephens, issued a notice that she said made it a crime for him to come to the school for any reason.

School officials were used to parents advocating to get preferential treatment for their own children, but they were not used to anyone asking bigger questions.

“Many of your comments were wholly unrelated to your children. This is frightening to our staff,” Stephens wrote.

The day the no-trespassing order was posted to Davison’s front door, Stephens called the police on him while he waited off school property to pick up his kids. She refused to allow his children to join him. The police told the principal that Davison was entitled to pick up his children, but, according to the police report, Stephens demanded, “I want him arrested!”

When that did not work, she reported Davison to Child Protective Services as a suspected child abuser.

It was not children she was concerned about. The complaint said Davison “exhibits agression [sic] and hostility toward LCPS leadership during public meetings.”

Stephens faxed 62 pages of information to the agency, which has the power to take children away from their parents. They consisted almost entirely of Davison’s comments on school policies or officials’ apparent violations of them. Tacked on the end were two claims that purportedly showed child abuse: One day, his daughter could not play kickball because she was “sent to school in rain boots.” Another day, a teacher said she saw Davison’s children with him and “both of the kids had straight faces.” 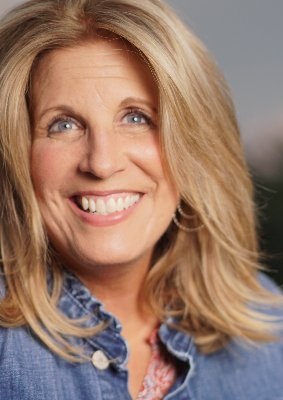 So what do we learn from all of this? Well, we learn that teacher unions, school boards and principals would rather resort to  persecution of their customers (parents), than be held accountable for their performance. The purpose of teacher unions is to prevent bad teachers from being held accountable. The Democrat party protects these teacher unions. Maybe it’s time the Republican party looked out for the parents instead?